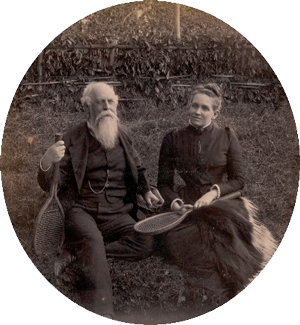 In 1909 the first court was constructed under the boughs of Como’s once famous and majestic Royal Oak tree.

The original site, located across the Main road, was donated by Mr. and Mrs. R.W. Shepperd. Tennis remained so popular with the local residents that, in 1946, it was necessary to expand to the current site. The property, initially leased from the Henshaw family, was pur­chased in 1966 thanks to a donation from the Nelles family. During the years, the club­house had been expanded from an old tool shed to the present facility, which has recently renovated shower facilities and a fully functioning kitchen.

Today the club has four lighted Har Tru courts and two all weather courts. The growth of the club, over the years, is the result of the efforts of its members.

The Royal Oak tennis club has established itself as a strong competitive but friendly family club. Social events such as dinners, traditional Sunday teas and round robins bring the members together. The Clubs’ teams, both Juniors and Seniors, are active in the Montreal area and in the Inter Club League circuits.